The Power Behind the Name

The Power Behind the Name

​The Power behind the Name

A great Swedish seer, Emmanuel Swedenborg who went around floundering around the Cosmos in the 1700’s, noted,

” Man is so created as to live simultaneously  in the natural world and in the spiritual world. Thus he has an internal and  external nature or mind…of the interior state of mind or of his internal man, man knows nothing whatever and though infinite things are there, not one of them rises to man’s cognizance.”

There is a strong belief among Africans that during the naming ceremony of the child, the name must reflect the sacred mission of the child and be part of her personality. Therefore, the naming of the child is taken seriously and chosen with care and deep consideration. The name could reflect the feelings of the parents upon the child, relate to the state of the weather, the events prevailing at the time of birth or describe the nature of the child. 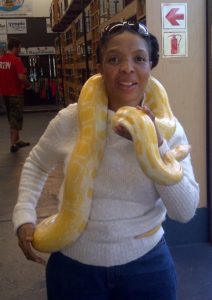 ‘Mma’-Theo : The Mother of Foundation

I have always pondered on my sacred name: Mma -Theo, derived from the noun – Motheo which means Foundation.  Mma a noun for Mother.

The noun itself – Motheo is derived from the verb: –theo, which basically means to erect or establish.

In a nutshell, Mma -Theo means:

The ‘Mother of Foundation’,

The elders have always emphasized the importance of upholding one’s name, saying “Live up to your name for there lies your Power and Spiritual Mandate.”
Foundations are the building blocks of All things in the Natural World. They come in fours, the four Cardinal directions (East, South, West & North), the four Seasons (Spring, Summer, Autumn & Winter), the four Elements (Air, Earth, Water & Fire).

Everything we build in our lives needs a foundation in order to survive, so is the Healing Power. It is built upon these four cornerstones namely: Respect, Trust, Love and Unity

The power to heal lies within us, it begins with us then it radiates outwardly like a beam of light to birth change. We can only give to others that which we are, our essence embedded deep at the core of our being.

Mahatma Gandhi advocated that ‘We be the change we want to see in the World.’ We are the microcosm of the greater Universe, which is the Macrocosm.

Therefore a foundation built upon these four cornerstones cannot be eroded, let us cultivate and nurture it.  So that it blooms like a flower and release its healing transformative power.

Beyond this body and the name bestowed to me by the Elders, WHO AM I?

“A seed is useless and impotent` unless it is put in its appropriate matrix.”

I am the essence of Tao,

Expressing itself in form,
I am Pure Consciousness,
I have a body, mind, and emotions,

I am none of those.

Being is my deepest Self,
It is beyond name and form,

It is felt as ever present,
I am ceaseless just like the vastness of the sea,